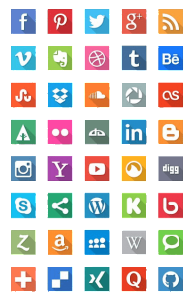 Social media has forever changed the way in which consumers and businesses go about their daily routines.

Nobody, could have imagined the boom that social networks have seen over the past few years, with social media becoming the number one activity on the Internet. As with any market, however, there are various terms that are unique or have special meanings within it.

Aggregator – a Web-based tool or application that gathers and displays content from a variety of sources to an end-user.

Bolt – an Instagram offshoot, Bolt is a messaging app that lets users take and send photos to friends.

Check-In – an action that connects a person to a physical location. People can “check in” to locations on social networks like Facebook and Foursquare. 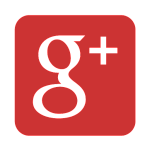 Circles – a Google+ feature that allows users to put people together into specified groups. Through this feature, Google+ users have the ability to share updates with specific groups of people in pre-defined “circles.”

Community – a feature on Google+ that allows members to create niche groups where people with similar interests can interact. Communities can be made public or kept private.

Connection – people who are part of a LinkedIn user’s personal network. Similar to a Facebook “friend” or a Twitter “follower.”

CrowdPost – a proximity-based iOS social media app that connects users based on their location.

Engagement – a vague term that describes participation with a brand’s content on social networks. Typically, brands take fan and follower actions such as likes, retweets, shares and comments into consideration when measuring engagement.

Fan – a Facebook user who follows a brand or business Page.

Filter – an image customization tool which users can leverage to change the tone and look of their photo.

Flickr – a photo sharing community that allows both amateurs and professionals to post images they have taken and receive comments and even negotiate purchases with those who are interested in the photos.

Follower – someone who has chosen to receive your tweets in their Twitter timeline.

Foursquare – a location-based social network that enables users to discover new locations and check-in, share and save places they have visited.

Friend – a Facebook connection between two people.  Both parties must agree to become “friends” before a connection is made.

Google+ – a social network created by Google where users can share content and connect with other members. Businesses can add photos, contact information and more that will appear in Google’s search engine result pages.

Group – this feature is available on both LinkedIn and Facebook. It enables users to create a niche community where people with similar interests can communicate with each other. Similar to Google+ Communities.

Hangout – a feature available on Google+ that allows a group of people to have conversations and share content with each other. Users also have the ability to start video hangouts with up to 10 friends.

Hashtag – an interactive feature that allows social network users to relate a status update to a broader topic.

Handle – the name a Twitter member chooses to represent themselves. To interact with another Twitter member, users must address them with the @ symbol and the person’s handle, such as @WebsiteMagazine.

Influencer – a brand’s most valuable audience members. Typically, influencers are active in the social community and have the ability to sway the opinions of their followers. 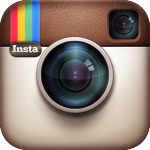 Instagram Direct – a communication method that allows Instagram users to send photos and videos privately to another user.

Instagram Explore – a new tab that helps users discover new content that is relevant to their interests.

Like – an action that social network users can take to show their approval of a status update. In addition, Facebook users can “Like” pages in order to receive the Page’s status updates in their newsfeeds.

LinkedIn – a social network for professionals, users are able to post their job experience and skills, find personal and professional contacts, search for jobs, blog and much more.

LinkedIn Ads – a self-service advertising solution that allows its users to create and place ads on the LinkedIn.com website.

Meme – a generally recognized piece of content that typically pokes fun of a person, place or situation. Typically, memes are shared by many people and quickly go viral.

Message – a private communication method between two or more users on Facebook.

Messenger – an app to which Facebook transferred all of its messaging power. Users are able to chat with their friends in a similar manner to text messaging.

Newsfeed – the homepage of a social network that is continuously refreshed with activity updates from a user’s friends or followers. 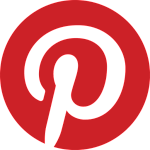 Poke – a Facebook action that allows one user to interact with another user through a virtual “poke.”

Profile – the Web page of a social network user that displays any content that the user has shared.

Promoted Content – a way to increase the reach of a profile or a specific piece of content on social networks. Promoted content is paid for and thus an advertisement.

Reddit – the so-called “front page of the Internet” has hundreds of subpages (called subreddits) for various topics from Space Jam to Astronomy and Politics where users can submit posts and comments to drive discussion.

Sentiment – the implied attitude behind user comments. Social media monitoring tools can help brands measure sentiment in order to gauge the overall perception of a company or specific marketing promotions.

Snapchat – a photo messaging mobile app that allows user to take photos or record videos and send them to selected friends. Each piece of content sent has a time limit (1-10 seconds) for viewing. After the content has been viewed it is not able to be seen again unless it is part of a Snapchat Story.

Snapcash – Snapchat users are able to send and receive money from Snapchat friends after entering their debit card information.

Snapchat Ads – Snapchat introduced its first ad in Oct. 2014. Users are able to view ads in the Stories section of the app.

Snapchat Chat – Chat enables users to have a private conversation with friends via text, snaps and previously saved videos and images.

Snapchat Discover – a storytelling feature where users are able to find Stories from a variety of sources including CNN, Comedy Central and Food Network.

Snapchat Story – Snapchat users can put content into a “story” for 24-hour viewing. Typically, stories are made up of a string of content that creates a narrative.

Social Listening – a tool that enables users to monitor and measure what is being said about a brand on social networks.

Social Login – a sign-in form which allows users to leverage their social media credentials on a third-party website instead of having to create separate login credentials.

Status Update – a piece of content shared by a social network member. 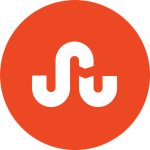 StumbleUpon – a social discovery engine that helps users discover new and unique things from across the Web through recommendations.

Subreddit – a community subpage on reddit like r/pics and r/tech that discuss relevant topics to the community.

Swarm – a social meetup app spawned from parent Foursquare that lets users check in wherever they are.

Trending Topic – the most popular topics currently being discussed on a social network.

Tumblr – a microblogging platform owned by Yahoo. Currently, Tumblr has more than 172 million blogs on its platform.

Twitter Discover – the Discover tab enables users to find new hashtags which may be of interest to them.

URL Shortener – a tool that converts a long URL into a shortened version that is easier to share, especially on social networks.

Vine – a mobile app owned by Twitter that allows users to share short videos that play in a continuous loop.

Viral – a piece of content that is rapidly and organically shared. 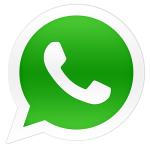 WhatsApp – acquired by Facebook, WhatsApp is a mobile messaging app.

Word-of-Mouth Marketing – an unpaid form of promotion by a customer on behalf of a brand.

YouTube Kids – specifically designed for kids, YouTube Kids has a variety of videos for kids to learn from and parental control settings to make sure kids watch only age appropriate videos.